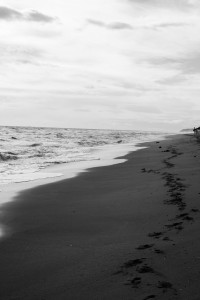 When I travel back through my experiences in life, thinking about the events in my story that led me to choose my vocation as a Life Coach, there are particular impressions that rise to the surface above the rest. I wanted to share a few of them with you in the hopes that they might resonate with you, perhaps give you some encouragement, maybe even some hope.

One of my deepest and strongest impressions that has contributed to living my life with purpose and coaching others to do the same is weaved from the passing away of my oldest brother from cancer three years ago. However the learning goes back years further, to my Sophomore year in college. I was living several states away from my family and friends in the Northwest, trying to figure out how to stand on my own two feet while wanting to stay connected to the family I loved back home. I thought about how distance sometimes causes disconnection in relationships, and I made the decision that year that I would promise myself to be friends with my siblings, especially my oldest brother Josh, whether they liked it or not. They didn’t know I had made this promise, but I didn’t want to look down the road 20 years and see myself not having any sort of relationship with them because I didn’t put forth the effort to stay connected.

There were many phone calls that I made to Josh that were not returned. I would try again. Sometimes I was bitter and frustrated at him, sometimes I placed unfair expectations on him to contribute effort that he was not aware he was “supposed” to be putting forth into our relationship. However, eventually three years later, there seemed to be more of an effort on both sides. After I graduated from college, I moved to Colorado and he flew out to visit me for a long weekend. He and I were sitting on my front porch one night, taking in the cool and clean Colorado air, when I admitted to him my concern that I didn’t want us to end up in our 40’s without having a close relationship. I remember it like yesterday, he turned to me and said with confidence, “Oh, you don’t have to worry about that.” We were silent for a few moments after that, just enjoying each others’ presence.

Not long after Josh’s visit, he departed for a year’s stint to serve as a contracted employee to the military. There were several times when Josh was not far from harms way; at one point there were exploding shells hitting not more than 40 yards away from him. I feared for his life on numerous occasions that year. The kicker was that I couldn’t call him during that year, only he could call me. The good news: he called on a regular basis. I would like to believe the time I invested the years before, built the foundation for our relationship while he was halfway around the world.

A couple years later, my brother was dealing with some digestive issues, which had been normal at this point, he had dealt with a touchy digestive system since high school. However, due to a car accident and a trip to the ER, my brother was diagnosed at the young age of 31 with colo-rectal cancer. It was a shock to our family. The following 11 months were a roller coaster of events, I relocated back to Phoenix to be closer to family, took my brother to doctor’s appointments and chemotherapy, sat with him while he endured excruciating pain and tried to help in any way I could with self care and pain management. I believe part of why I was invited to enter into this space with my brother was because of the trust that we built in our relationship starting with my Sophomore year in college.

My brother lived to see his 32nd birthday, but a couple months later his body was not able to fight any longer. I can honestly say that I do not have anything else I wish I could have said to my brother before he died. He knew I loved him, and I know he loved me. I am grateful for the times I had with him, for my decision to be intentional with our relationship, to become friends with my sibling. I am able to look back with a thankful heart that the work was worth it.

So now I turn to you. Is there a relationship that you know you need to make the decision to be more intentional with? More purposeful? Are there words that you still need to say? I would encourage you, don’t wait. You never know when life will throw you a curve ball.

There’s more….part 2 to come of my story and the impressions that have shaped me into choosing to be a Life Coach.

There’s a lot happening in the world. If you’re feeling like you need a place to process, a listening ear, a sounding board to figure out..

I was coaching a client yesterday and we talked about how there are seasons when it can start to feel like the lies are beginning to drown out..

Where are you going? Do you know? And if you know, how are you going to get yourself there? These are important questions to know. If you’re..

Ignite Life Coaching offers a presence that is dedicated to helping you find your passion and a process directed towards your unique purpose. Ignite brings change and movement to your life, in a powerful way.